Instacart shoppers, Amazon delivery drivers, and others are making it possible for other people to engage in self-protective social distancing.

THIS POST MAY CONTAIN AFFILIATE LINKS – IF YOU CLICK A LINK AND MAKE A PURCHASE, I MAY RECEIVE A COMMISSION AT NO EXTRA COST TO YOU. PLEASE READ MY DISCLOSURE.

Become a hero now by applying for InstaCart NOW! Be SURE to use THIS REFERRAL CODE PLEASE: MCANTLEY701B6. That way I will get credit. Everything we make from this InstaCart Promo here will go to help children programs in Arizona. THANK YOU!!!!

To take a trip to Whole Foods or any major grocery store right now, especially in more affluent areas, is to see dozens of usually young people with baskets and carts staring at their iPhone screens and then searching for black beans or frozen macaroni and cheese. A few wear masks and carry hand sanitizer. They may walk the same aisles more than once—a larger number of items than usual are sold-out at stores.

These people aren’t buying for themselves, though: They are Instacart shoppers. Their job is to purchase these goods and drive them to strangers who have ordered this food virtually, perhaps out of overwork or laziness but increasingly out of legitimate physical fear of being in crowded social places and catching the virus.

These low-paid, unsung workers—Instacart shoppers but also the Amazon delivery folks and everyone else who is doing gig work today that helps other people engage in self-protective social distancing during the COVID-19 pandemic—are now the equivalent of first responders. 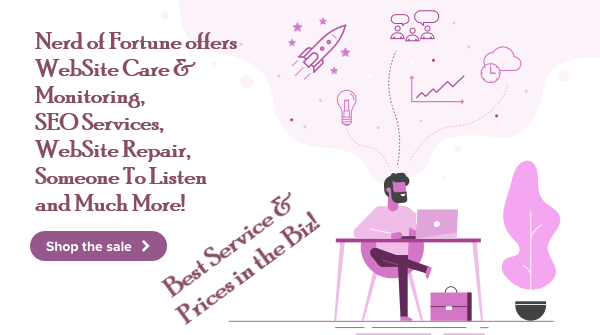 “First responder” might seem overblown at first. It is, after all, usually a term used for emergency personnel, such as firefighters rushing to the scene of a blaze or police officers at the site of a shooting. But it should also apply to those who are now fetching lettuce and medical supplies at a time when everyone else is staying in. These workers are putting themselves in harm’s way, even if they are not doing so in the more recognizably brave fashion of, say, an EMT at a disaster site.

After disasters—Sept. 11, earthquakes, fires, riots—we ultimately move to award and protect those who have served as our social epidermis, protecting most citizens from the worst. We wouldn’t think of asking them to do what they do without health insurance and other forms of care. The gig workers serving as our first responders and helping people survive this health emergency should be getting the benefits (and thanks) that we have provided to other first responders in prior crises. We now have a first responder fund for 9/11 survivors that has given out $6.3 billion. What might and should we create for the coronavirus front line, the gig workers?

Take one Instacart shopper, named Vanessa Bain. She’s been laboring not just for Instacart but also DoorDash, Caviar, and Uber Eats in and around Silicon Valley. Lately, her days have been a constant struggle to serve clients who are stockpiling groceries in the face of the coronavirus while at the same time protecting herself. She’s been trying to disinfect her phone several times a day partly because she has to hand it to customers to sign for orders. She says that her personal reserves of isopropyl alcohol, hand sanitizer, and anti-bacterial soaps are rapidly depleting. When she’s out of alcohol wipes, she uses lens wipes. Many other shoppers are also going through their personal supplies that they are paying for out of pocket, they’ve told her in their daily conversation. She jokes darkly that she’s been using Everclear as a disinfectant in a pinch—she and her husband, also a shopper, put it in a spray bottle for their phones and have been spraying their hands as well. (Maybe don’t try this at home.)

Bain is part of a new private safety net that wealthier people (even moderately wealthier people) have created to protect themselves. Those with means are now potentially outsourcing their health risk-taking—and, at its most extreme, their mortality—to the Instacart shoppers and DoorDashers, the Uber drivers and the rest. These workers are also often serving the people with disabilities and the elderly who are now even more at risk than they were just a month ago, performing the role that social service workers might have attended to in a more generous era. There’s a range of estimates for how large the gig labor pool in America actually is. The Bureau of Labor Statistics puts it at just 10 percent of workers while the Federal Reserve says it’s a third of all American adults. Most are contractors and thus don’t have health insurance through their companies.

“The coronavirus illustrates the suffering of low-income workers: They don’t have sick leave yet will have to go to work,” Nobel Prize–winning Columbia University economist Joseph Stiglitz tells me. “They take public transportation because they have to—they are the most exposed and they will also eventually play a role in its spread. When they get sick, these are the people who may encounter surprise pricing at the hospital. That’s why we need to eliminate surprise medical billing and support gig workers and taxicab drivers.”

Even President Donald Trump, king of denial, recognized publicly the potential suffering of hourly workers. On Monday he did say vaguely, “We’re also going to be talking about hourly wage earners getting help so that they can be in a position where they’re not going to ever miss a paycheck.” But he hasn’t announced anything yet, except plans to stop admitting foreign nationals from Europe for 30 days. We must start to see the people driving us and delivering to us as being on the front line of a pandemic.

As we wait (eternally) for Trump to recognize workers’ humanity, we might begin to press companies like Instacart to both give some of their copious profits to their workers for a first responders’ fund—the company is valued at $7.87 billion—and perhaps also require consumers who can afford it to pay a coronavirus surcharge for deliveries during this emergency. Perhaps localities can also pay for the individuals who are unable to. Recently, Olive Garden has been shamed into providing paid sick leave to its workforce, while Instacart, Uber, Lyft, and DoorDash are offering up to 14 days of paid sick leave to anyone who is officially diagnosed with COVID-19 or in “mandatory” quarantine, a pittance if their workers get the virus (and, at least in InstaCart’s case, as of now, the offer is only available for 30 days beginning March 9). “You have to have the means to go to the doctor in the first place,” says Bain regarding the problems with this new, seemingly generous policy. That’s harder than it looks: Few Instacart workers have health insurance through the company. (Bain says she’s “so poor” she gets hers from the state of California, Medi-Cal.) And obtaining the tests needed to get the official diagnosis can be quite hard.

For this limited variety of positive corporate behavior to spread, we’ll need individual pressure on companies or federal action, ideally both. Government funds plus Instacart and other delivery companies underwriting additional funds for these workers would go a long way toward the cost of antiseptic sanitizer, a box of gloves, and soon, horribly enough, coverage for doctors’ appointments and tests. We could also start to force supermarket chains to do what I’ve heard was going down at a giant store in Toronto: workers wiping down the shopping cart handles before people took them, while offering gloves to customers as well as disinfecting the store.

Trump’s announced plan to help labor is of limited scope. “A payroll tax cut doesn’t help any of the gig workers,” Stiglitz says. “What about those who are laid off or those who are contractors, who are put on one-tenth time?” Instead, Stiglitz suggests a “negative income tax: money right into gig workers’ bank accounts, $1,000, to avoid bankruptcy.”

Bain could really benefit from this kind of “negative income tax.” She was in the emergency room in the line of duty even before the coronavirus, having seriously hurt her forehead after falling down while delivering groceries. She says she is not the only one.

“Look, a shopper also cracked her skull open and broke her leg when she slipped on ice helping an elderly woman with her groceries and was in a coma for three weeks,” Bain says. Part of why Bain is so in the know is she is one of a handful of workers organizing daily on behalf of the army of Instacart shoppers who labor without a union or other job protections. Though only 33, she has a chronic pain condition, sciatica. Despite her long work hours, she and her husband live with their daughter in a unit in the back of her grandmother’s house, below the poverty line for the area, with a household income of $28,000. Yet the work she is doing—carrying heavy bags and boxes to people’s homes—is crucial, and not just because of the support she offers in the form of groceries. Sometimes, she says, she senses she is the only person her clients see in a day.

In America, our harsh social class divide has only been put in starker display in the past few weeks thanks to the coronavirus. Who has managed to buy all the organic soup and lavender hand sanitizer, and who has hopped in their private planes to escape to—where? Their private islands or their underground bunkers? Who cannot afford to take a day off and must risk their health driving customers rather than engaging in “social distancing”? Who can’t see a doctor, as they have no health care coverage?

As philosopher Judith Butler’s just-published book The Force of Nonviolence has it, American inequality expresses itself most fundamentally in what she calls “grievability,” wherein some lives are deemed valuable enough to be grieved and some aren’t, and are simply exploited. The latter receive fewer protections.

We must start to see the people driving us and delivering to us as being on the front line of a terrible virus. If the horror of this pandemic achieves anything good, it would be for us to realize yet again we are all vulnerable and susceptible. That’s why we can’t ask workers to take risks on others’ behalf without properly honoring them with our praise as well as providing them with more adequate protection and compensation.

How To: Create Your Own URL Shortener

Hey NERDS! A great way to try and make some PASSIVE INCOME nowadays is starting a SAAS website. That is, selling Software As A Service. A...

Best Email Marketing Services – All You Need To Know

For a business to really, really, BE SUCCESSFUL, choosing the type of marketing strategy is an extremely important decision. It allows...

We all have our reasons to earn extra income or look for ways to make money. It might be to clear off debt, fund your travel,... 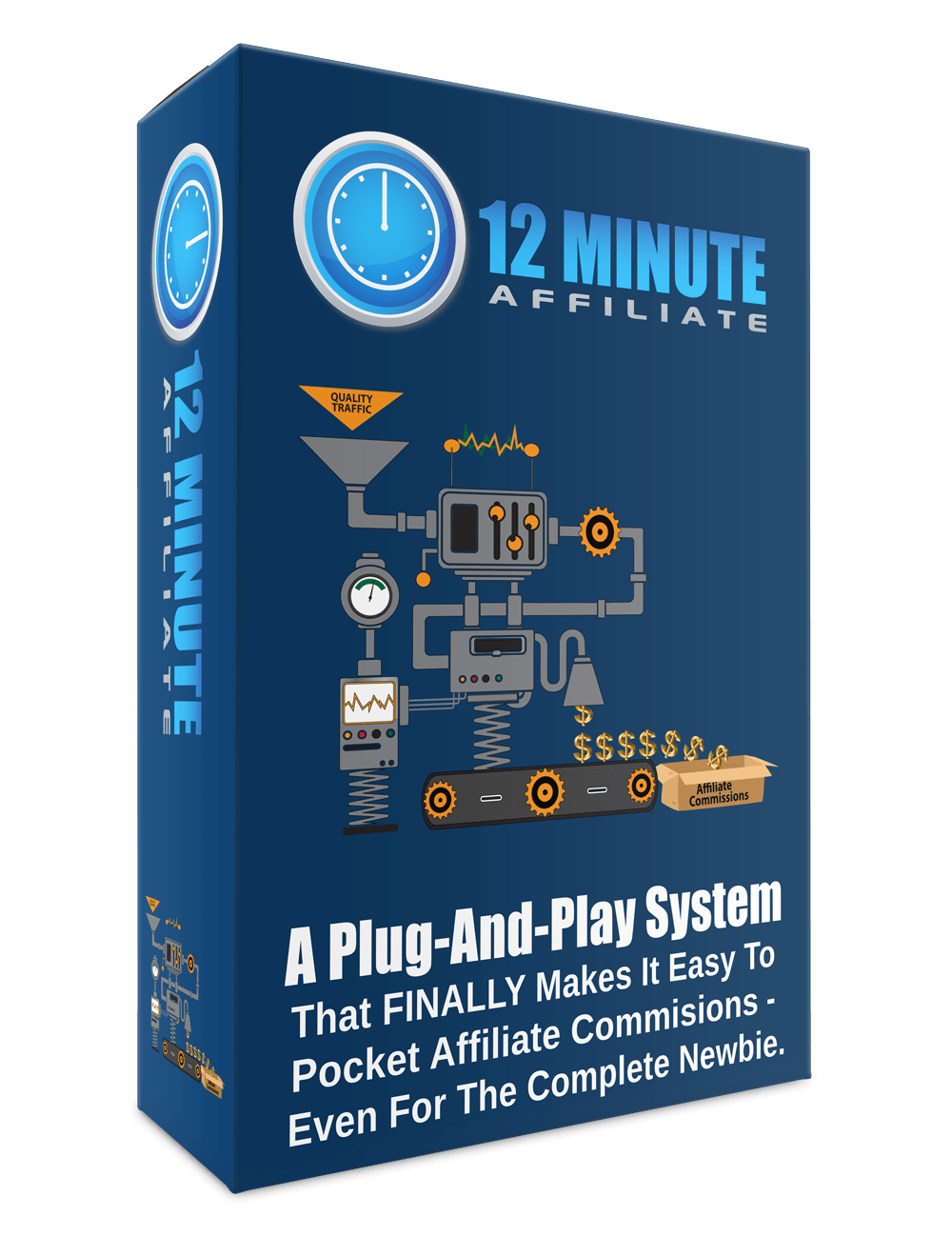 Best ways to deploy a React app for free

How do I change the permalink structure?