The director of the cult classic has said that he could see Kurt Russell’s Snake Plissken appear in two further tales.

Snake Plissken making a comeback? Legendary filmmaker John Carpenter is as well known for his sci-fi action movies as his horrors, and Kurt Russell has appeared in both of the master’s main styles. As part of their collaborations, the pair worked together on Escape from New York, with Russell playing Snake Plissken, who appeared again in the sequel Escape From LA in 1996.

Speaking to Total Film recently, Carpenter said that he could really see Snake Plissken returning in two more stories. Although it is unlikely that Carpenter would direct another outing for the character in a movie, with his interest in directing in general having waned lately, and Russell would most likely be too old to play the character even if Carpenter was up for it, that doesn’t mean that the Snake couldn’t be seen again in another medium. Nerd of Fortune heard, thru the nerd-vine, that Josh Brolin may be playing the role of Snake Plissken in this reboot. Carpenter did NOT comment on that. Snake Plissken making a comeback? Maybe, but still there’s a good chance it won’t be Kurt.

He’s a character that Kurt is passionately fond of. He convinced me to do the sequel,” John Carpenter told Total Film. “There’s probably a third or maybe even fourth story about Snake. I don’t know if we’ll ever make it, but I think that he deserves it.”

While Carpenter hasn’t directed a film since The Ward in 2010, his career has seen him mostly write, direct and score his own movies which has made each feature a rather time consuming affair. Carpenter has spent much of the last decade concentrating his attention on creating music, and it is unlikely that he will be in any rush to get back behind the camera considering comments made on the subject of whether he would consider just being a director.

“No. That’s hard work also. See, you’re talking about hard work,” Carpenter previously told ComicBook.com when asked about directing a script by someone other than himself. “Come on, man, you’re talking about a lot of work. You never say never in this business. But a script will come along, and I read it and say, ‘Wow, I got to do that.’ I just don’t know. We’ll see. I’m open to it.”

When it comes to his characters having a life after Carpenter’s movies, another Kurt Russell part, that of Jack Burton from Big Trouble in Little China, has found his adventures continuing in comic book form, so there is nothing to say that Snake Plissken could end up following suit. When a character has something worth saying, then there are many mediums out there to be used to help them say it. While Carpenter may think there are new stories to be told, there has been talk of a reboot of the original Escape From New York being in development from ﻿The Invisible Man‘s Leigh Whannell. 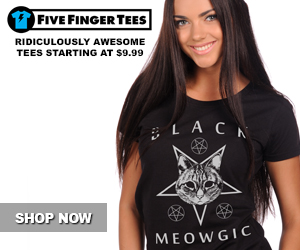 Last year, Whannell spoke about the potential reboot in an interview, saying, “I feel like a property like that doesn’t have the same freedom as maybe something like The Invisible Man does,” Whannell shared with ComicBook.com about Snake Plissken back in 2020. “He has more elasticity as a character because so many people have had their fingerprints on that. There’s been TV shows and comic books, whereas with Escape from New York, we’re talking about one definitive movie here and you don’t want to mess with it. We’ll see what happens.”

Would it be better to leave the cult classic story along and proceed with some form of new story featuring the character? Or should it be left alone entirely? With many reboots and remakes failing to make any kind of improvement on an iconic original, I think we already know the answer to that. This news originated at gamesradar.com by the way.

In October 2020, a security researcher named Carlo Di Dato discovered a technique to exploit a vulnerability of the Gravatar online avatar...